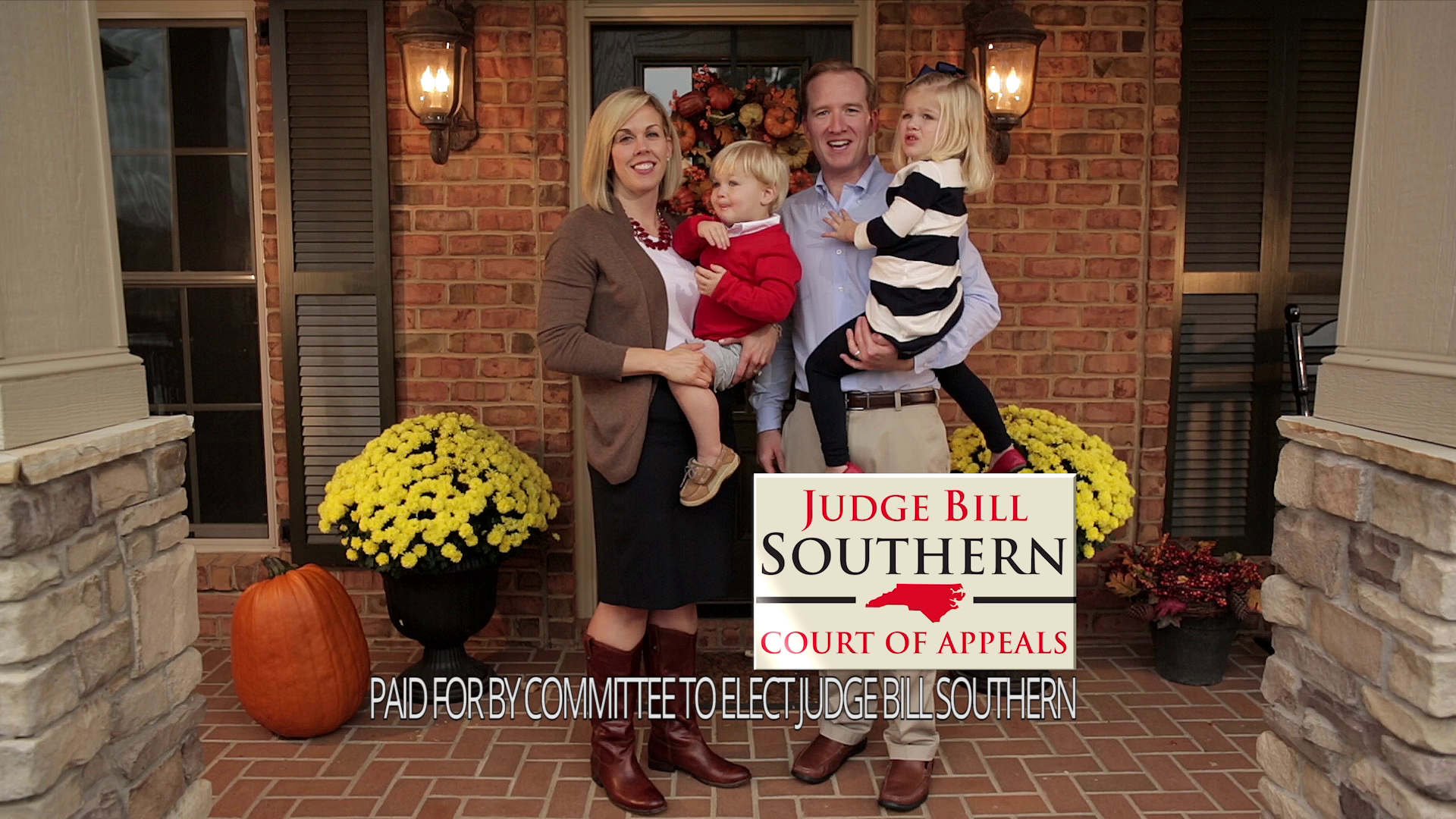 When the Committee to Elect Judge Bill Southern recently decided to run a TV commercial for their election campaign they called on All Pro Media for help.  All Pro provided television production and worked as an advertising agency; placing commercials in the Raleigh, Greensboro and Charlotte North Carolina TV markets.

The TV commercial was shot on location at the Surry County NC Courthouse and surrounding areas. It featured Judge Bill Southern and his family in addition to others who played a supporting role. All Pro Media was involved in every aspect of production from script writing to production, and editing.  A number of female narrators were considered for the voice over, and licensed production music was selected.

The purpose of the commercial campaign is to introduce Bill Southern to voters across the state of North Carolina.  He is running for the NC Court of Appeals in the upcoming November 2014 election.  More information about candidate Bill Southern and his experience can be found on the campaign website.

The Committee to Elect Judge Bill Southern was happy to find one stop shopping for production and media buying services.  Campaign manager Kyle Hall commented on the finished commercial saying, “I like it a lot. We really appreciate your hard work and we’ll be sure to recommend All Pro Media in the future.”

As the TV commercial says, “Just Vote Southern!” and vote for All Pro Media to help with your next political TV commercial campaign.